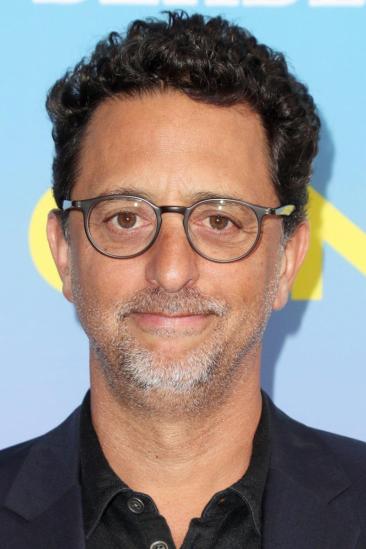 From Wikipedia, the free encyclopedia Grant Heslov (born May 15, 1963) is an American actor, film producer, screenwriter and director. His acting credits include films like True Lies, Dante's Peak, Enemy of the State, The Scorpion King and Good Night, and Good Luck. and several credits in TV series (Family Ties, L.A. Law, Catch Me If You Can, the 1989 directorial debut by Stephen Sommers, Matlock, Sleeper Cell). He also appeared in Congo as the hapless assistant Richard and in Black Sheep as a cop, who is a friend to Mike Donnelly (played by Chris Farley). Heslov was born in Los Angeles, California, into a Jewish family and was raised in the Palos Verdes area of Los Angeles. He attended

Palos Verdes High School, the University of Southern California (USC) along with friend Tate Donovan. He is a member of Phi Kappa Psi. He was the Academy Award-nominated producer and screenwriter of Good Night, and Good Luck. Together with George Clooney, he was also nominated for an Oscar for Best Original Screenplay. Heslov also appears in the film as Don Hewitt, the director of the TV series See It Now, around which the movie is centered. In August 2006, he and George Clooney started a movie company, Smoke House. Heslov is currently writing screenplays with his business partner George Clooney. He has also recently directed a screen adaptation of The Men Who Stare At Goats starring Clooney, Ewan McGregor and Kevin Spacey. Description above from the Wikipedia article Grant Heslov, licensed under CC-BY-SA, full list of contributors on Wikipedia.