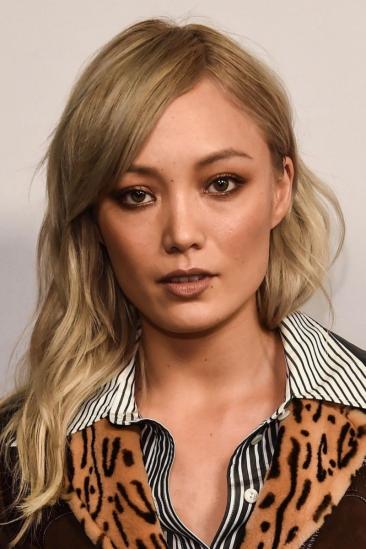 Pom Alexandra Klementieff (born 3 May 1986) is a French actress and model. She was trained at the Cours Florent drama school in Paris. Her first professional acting job was the French independent film Après lui (2007). Her first leading role was in Loup (2009). She made her Hollywood debut in Oldboy (2013), a remake of the South Korean film of the same name.

She moved to Los Angeles after Oldboy was filmed and began pursuing more Hollywood auditions. Her next acting role was the film Hacker's Game (2015), in which she plays a hacker she compared to Lisbeth Salander from the novel The Girl with the Dragon Tattoo. In 2017, she appeared in the romance drama Newness and the black comedy-drama Ingrid Goes West.

She received worldwide recognition when she joined the Marvel Cinematic Universe as Mantis, appearing in the films Guardians of the Galaxy Vol. 2 (2017), Avengers: Infinity War (2018), and Avengers: Endgame (2019). In 2019, she appeared in an episode of the Netflix science fiction anthology series Black Mirror, the thriller film Uncut Gems, and had voice roles in the animated supernatural comedy film The Addams Family. In 2020, she had a recurring role as Martel in the HBO science-fiction series Westworld.

Description above is from the Wikipedia article Pom Klementieff, licensed under CC-BY-SA, full list of contributors on Wikipedia.