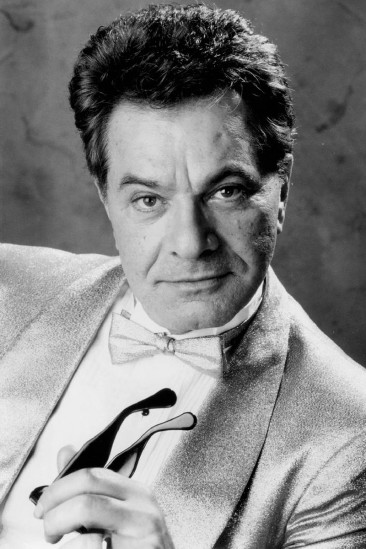 One-of-a-kind nightclub comedian/singer Dick Shawn (ne Richard Schulefand) was as off-the-wall as they came and, as such, proved to be rather an acquired taste. Way ahead of his time most say, it was extremely difficult indeed to know how to properly tap into this man's eclectic talents. Shawn began inching toward the forefront during the be-bop 50s and early 60s with his odd penchant for playing cool cats.During his mild bid for film stardom, he was top-billed as a hip, laid back genie in the thoroughly dismal satire The Wizard of Baghdad (1960), but seemed to have better luck when taken in smaller doses. He fared quite well opposite another "way-out-there" comedian, Ernie Kovacs, in Wake Me When It's Over (1960) as a hustling soldier out to make a buck in the Far East. Also on the plus side, he replaced Zero Mostel in the bawdy musical "A Funny Thing Happened on the Way to the Forum" on Broadway and stole a small scene in the all-star epic comedy It's a Mad Mad Mad Mad World (1963). By far, the one role that completely overshadows all of his other hard work is his mock portrayal of a singing Adolf Hitler in the show-within-a-movie The Producers (1968). In the film, which starred Mostel and Gene Wilder as two con artists deliberately producing a stage "bomb" called "Springtime for Hitler," Shawn sang the hammy, absurdly narcissistic song "Love Power." The movie finally captured Shawn in his element, but this stroke of genius of matching actor to role would never happen again for him. For the most part his roles came off slick and smarmy, and were stuck in mediocre material.Shawn won a huge fan base, however, touring in one-man stage shows which contained a weird mix of songs, sketches, satire, philosophy and even pantomime. A bright, innovative wit, one of his best touring shows was called "The Second Greatest Entertainer in the World." During the show's intermission, Shawn would lie visibly on the stage floor absolutely still during the entire time. By freakish coincidence, Shawn was performing at the University of California at San Diego in 1987 when he suddenly fell forward on the stage during one of his spiels about the Holocaust. The audience, of course, laughed, thinking it was just a part of his odd shtick. In actuality, the 63-year-old married actor with four children had suffered a fatal heart attack. A not surprising end for this thoroughly offbeat and intriguing personality.