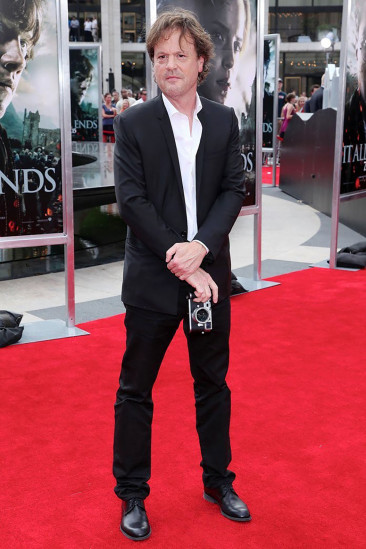 Steve Kloves, born in Austin, Texas, grew up in Sunnyvale, California, where he graduated from Fremont High School. He attended the University of California, Los Angeles but dropped out when he was not admitted into the film school in his third year. As an unpaidintern for a Hollywood agent, he gained attention for a screenplay he wrote called Swings. This led to a meeting where he successfully pitched Racing with the Moon (1984). His first experience with professional screenwriting left him wanting more interaction with the actors so that the characters would stay true to his vision. Kloves wrote The Fabulous Baker Boys and also intended it to be his directorial debut. After years of trying to sell the project in Hollywood, the film finally got off the ground and was released in 1989. The Fabulous Baker Boys did reasonably well, but his next shot as writer/director for Flesh and Bone in 1993 fared poorly at the box office. Kloves then stopped writing for three years. Realizing that he had to return to writing to support his family, he began adapting Michael Chabon's novel Wonder Boys into a screenplay. Kloves was offered the chance to direct but he declined, preferring to direct only his own original work. This was his first try at adapting another work to film. His screenplay was nominated for a Golden Globe and an Academy Award after the film's release in 2000. Warner Bros. sent Kloves a list of novels that the company was considering to adapt as films. The listing included the first Harry Potter novel, which intrigued him despite his usual indifference to these catalogs. He went on to write the screenplays for the first four films in the series. After Michael Goldenberg wrote the screenplay for the fifth film, Kloves then returned to write the sixth, seventh and eighth installments. As of 2011, Kloves is working on a film adaptation of Mark Haddon's novel The Curious Incident of the Dog in the Night-Time, which he will write and direct. He has also a draft written of the yet unproduced fantasy film Akira.