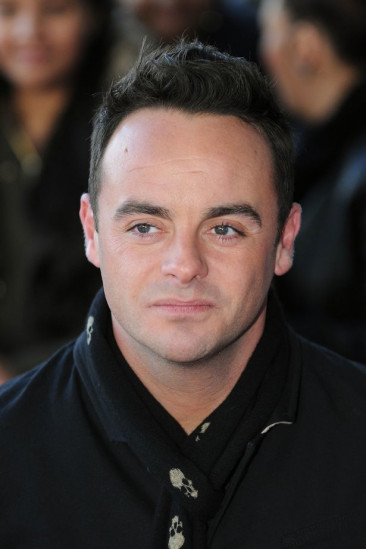 Anthony David "Ant" McPartlin (born 18 November 1975) is one half of the English comedy and television presenting duo Ant & Dec, with the other being Declan Donnelly. He came to prominence in the children's drama series Byker Grove and as one half of the pop music duo PJ & Duncan. Since then, Ant & Dec have had a very successful career as TV presenters, presenting programmes such as SMTV Live, Friends Like These, Pop Idol, Britain's Got Talent, I'm a Celebrity... Get Me Out of Here!, Ant & Dec's Saturday Night Takeaway, PokerFace and Push the Button. They have also returned to acting, starring in a 2002 Tribute to The Likely Lads and the 2006 film Alien Autopsy.

Description above from the Wikipedia article Anthony McPartlin  , licensed under CC-BY-SA, full list of contributors on Wikipedia.