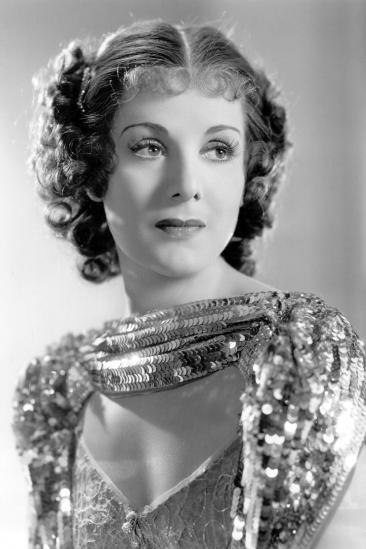 Andrea Leeds (August 18, 1914 – May 21, 1984) was an American film actress. A popular supporting player of the late 1930s, Leeds was nominated for an Academy Award for Best Supporting Actress for her performance in Stage Door (1937). She was progressing to leading roles, when she retired from acting following her marriage in 1939, and was later a successful horse breeder.

She began her film career in 1933 playing bit parts and using her given name. As Andrea Leeds she played her first substantial role in the film Come and Get It (1936) and achieved another success with her next film It Could Happen to You! (1937).

As part of an ensemble cast that included Katharine Hepburn, Ginger Rogers and Lucille Ball, Leeds was nominated for an Academy Award for Best Supporting Actress for her performance as an aspiring actress in Stage Door (1937). She read for the role of Melanie in Gone with the Wind, however the role was given to Olivia de Havilland.

Her wholesome quality led to her being cast in The Goldwyn Follies (1938) playing "Miss Humanity" – a woman considered by a jaded Hollywood executive to represent the ideal American woman. The film was not a success and received poor reviews.

She next appeared in two films opposite Joel McCrea (who earlier played her brother in Come and Get It), Youth Takes a Fling (1938) and They Shall Have Music (1939), for the first time playing the lead female role. She continued to play the romantic female lead in an adventure film set in the 1906 Philippines, The Real Glory, opposite Gary Cooper and David Niven, and opposite Don Ameche in the first Technicolor biography of Stephen Foster, Swanee River (1939).

Her final film, Earthbound (1940), was a fantasy murder mystery in which Leeds' character solves the murder of her husband, aided by his ghost.

These films were relatively successful and Leeds remained a popular actress. In 1939 she married Robert Stewart Howard, son of California businessman and racehorse owner Charles S. Howard, and decided to leave films to devote herself to raising a family. Her father-in-law owned and raced Seabiscuit, and with her husband she became a successful horse owner/breeder.