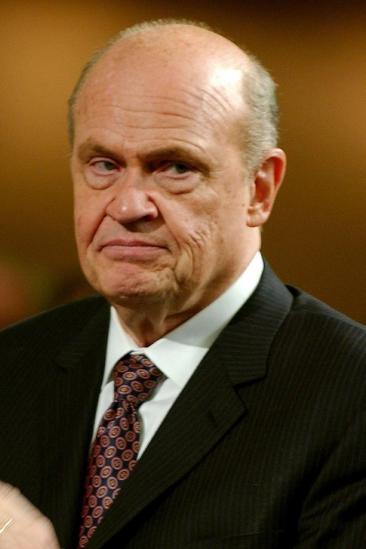 Fred Dalton Thompson (born Freddie Dalton Thompson; August 19, 1942), is an American politician, actor, attorney, lobbyist, columnist, and radio host. He served as a Republican U.S. Senator from Tennessee from 1994 through 2003. Thompson served as chairman of the International Security Advisory Board at the United States Department of State, was a member of the U.S.-China Economic and Security Review Commission, a member of the Council on Foreign Relations, and is a Visiting Fellow with the American Enterprise Institute, specializing in national security and intelligence. As an actor, Thompson has appeared in a large number of movies and television shows. He has frequently portrayed governmental figures. In the final months of his U.S. Senate term in 2002, Thompson joined the cast of the long-running NBC television series Law & Order, playing Manhattan District Attorney Arthur Branch. In May 2007 he took a break from acting in order to run for the 2008 Republican presidential nomination. In 2009 he returned to acting with a guest appearance on television series; and is co-starring with Brian Dennehy in the movie Alleged, about the Scopes Monkey Trial.

Description above from the Wikipedia article  Fred Dalton Thompson, licensed under CC-BY-SA, full list of contributors on Wikipedia.