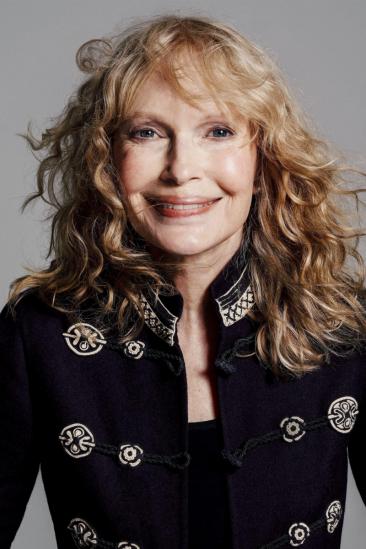 María de Lourdes Villiers "Mia" Farrow (born February 9, 1945) is an American actress, activist, and former fashion model. Farrow has appeared in more than 50 films and won numerous awards, including a Golden Globe Award and three BAFTA Award nominations. Farrow is also known for her extensive work as a UNICEF Goodwill Ambassador, which includes humanitarian activities in Darfur, Chad, and the Central African Republic. In 2008, Time magazine named her one of the most influential people in the world.

The eldest daughter of Australian director John Farrow and Irish actress Maureen O'Sullivan, Farrow had a strict Catholic upbringing in Beverly Hills, California. After working as a fashion model during her teenage years, she first gained notice for her role as Allison MacKenzie in the television soap opera Peyton Place (1964–1966). Her credited feature film debut in Guns at Batasi (1964) earned her a Golden Globe Award for New Star of the Year, and she gained further recognition for her subsequent two-year marriage to Frank Sinatra, whom she married at age 21. Farrow's portrayal of Rosemary Woodhouse in the horror film Rosemary's Baby (1968) earned her a nomination for a BAFTA Award and a Golden Globe Award for Best Actress. She received a third Golden Globe nomination for her role in John and Mary (1969).

In 1971, Farrow became the first American actress in history to join the Royal Shakespeare Company, appearing as Joan of Arc in a production of Jeanne d'Arc au bûcher. This was followed by stage productions of Mary Rose (1972), Three Sisters (1973), and Ivanov (1976). Farrow also starred in several films throughout the 1970s, including the 1974 film adaptation of The Great Gatsby and Robert Altman's comedy A Wedding (1978).

Farrow began a relationship with filmmaker Woody Allen in 1979, and over a decade-long period starred in 13 of his films, beginning with A Midsummer Night's Sex Comedy (1982). She received numerous critical accolades for her performances in several of Allen's films, including Golden Globe Award nominations for Broadway Danny Rose (1984), The Purple Rose of Cairo (1985), and Alice (1990), as well as a BAFTA nomination for Hannah and Her Sisters (1986). After separating from Allen in 1992, Farrow made public allegations that he sexually assaulted their seven-year-old adopted daughter, Dylan, which he has repeatedly denied. Farrow retained custody of Dylan. These claims received significant renewed public attention after Dylan recounted the alleged assault in a 2013 interview.

Since the 2000s, Farrow has made occasional appearances on television, including a recurring role on Third Watch (2001–2003). She has also had supporting parts in films such as The Omen (2006), Be Kind Rewind (2008), and Dark Horse (2011). Farrow has dedicated significant periods to raising her adopted and biological children, and she has taken part in humanitarian efforts abroad, particularly human rights in African countries.

Description above from the Wikipedia article Mia Farrow, licensed under CC-BY-SA, full list of contributors on Wikipedia.