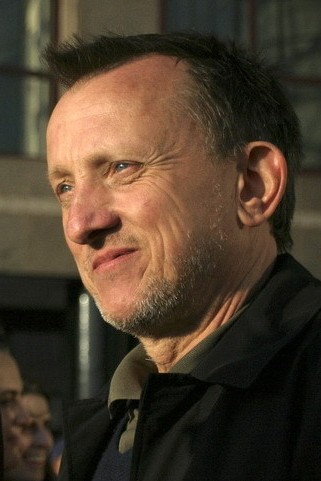 Steven "Steve" Barron (born 4 May 1956) is a director and producer, best known for directing the films Coneheads (1993), Teenage Mutant Ninja Turtles (1990) and the innovative music videos for a-ha's "Take on Me" and Michael Jackson's "Billie Jean".

He was born in Dublin, Ireland, the son of filmmaker Zelda Barron. He attended St Marylebone Grammar School. He appeared in the film if.... very briefly. He made his directorial debut in 1979 and directed many of the 1980s' most memorable music videos, including "Billie Jean" by Michael Jackson, "Money for Nothing" by Dire Straits, and "Take on Me" by a-ha. Barron only made eight music videos in the early 90s and made his last music video in 1993 for David Bowie's "As the World Falls Down". In 1984, he directed the science fiction comedy Electric Dreams, and then went on to direct several episodes of the television series The Storyteller before returning to the big screen, directing films such as Teenage Mutant Ninja Turtles in 1990, The Adventures of Pinocchio in 1996, Rat in 2000 and Mike Bassett: England Manager in 2001.

In July 2010 it was revealed that Barron would make a return to music videos, directing the final video of a-ha, "Butterfly Butterfly (The Last Hurrah)".

Description above from the Wikipedia article Steve Baron, licensed under CC-BY-SA, full list of contributors on Wikipedia.