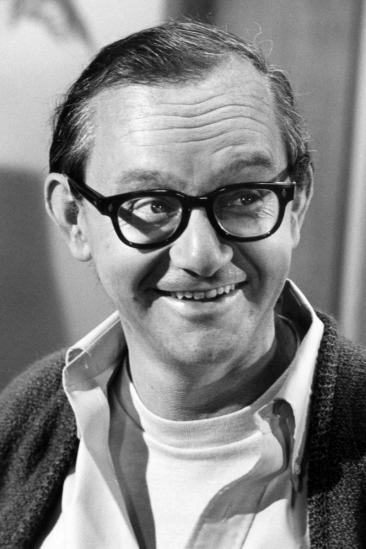 Wally Cox was a beloved character actor who made his mark in television and ranks as one of the medium's most memorable performers. His ability to show his range likely was limited by his short stature, slight frame, and high-pitched voice, which along with his talent for being very funny, made him ideal for comedy parts such as his memorable turn as Professor P. Caspar Biddle in "The Bird-Watchers" episode of The Beverly Hillbillies (1962) in 1966. His television persona was that of a shy, timid man in horn-rimed glasses who spoke in a tentative, though distinctly enunciated, voice. It was a persona that his long-time friend Marlon Brando said was completely at odds with the real man.

Cox always will be remembered as the eponymous "Mr. Peepers" and the voice of "Underdog," but he was an actor of wider talents seldom used by the industry, as can be seen in his turns as the sonar operator in The Bedford Incident (1965) and as the potential suicide Wally Haverstraw in The Bill Cosby Show (1969) episode "Goodbye, Cruel World" in 1970. Dying unexpectedly on February 15, 1973, from what some newspapers described as an accidental overdose of sedatives but which Marlon Brando in his autobiography said was a heart attack, Wally Cox's cremated remains were kept hidden in a closet by his old friend for three decades. According to Brando's son Miko, both his father's and Cox's ashes were scattered at the same time in Death Valley, California, in a ceremony following Brando's death, thus reuniting the lifetime friends.