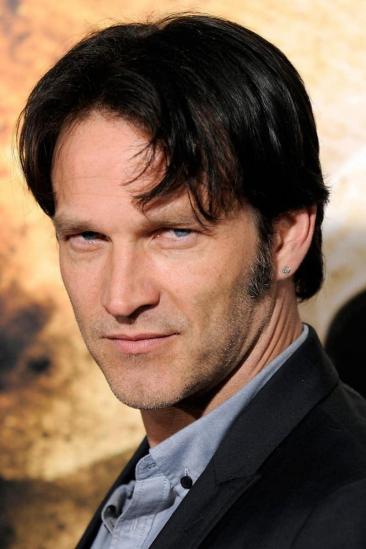 Stephen Moyer is best known for playing Bill Compton in the series True Blood. He is also well-known for his role as Michael in the BBC series Ny-Lon (2004) co-starring Rashida Jones.

Stephen is also a theater actor, having appeared in productions of The Iron Man at the Young Vic Theatre and Romeo and Juliet with the Oxford Stage

On television, he made his debut on the British sitcom Conjugal Rites in 1993. Since then, Moyer has landed roles both in British television and film. In 1997, he got his big break as he portrayed the title character in the film Prince Valiant.

He has had the pleasure of working with popular actors and actresses both in the UK and in Hollywood. The list includes Keira Knightley (Princess of Thieves, 2001), Geoffrey Rush and Kate Winslet (Quills, 2000), Debra Messing (The Starter Wife, 2007), and Al Pacino (88 Minutes, 2007).

In 2008, Stephen was cast to star opposite Anna Paquin in Alan Ball's adaptation of the Southern vampire mystery book series by Charlaine Harris entitled True Blood.