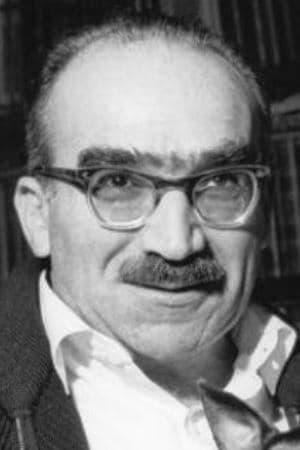 In 1948 the new communist authorities appointed him professor of the National Film School in Łódź. Roman Polanski was among his students. Another of Ford's protégés was the Polish film director Andrzej Wajda.

Ford made his first feature film, Mascot in 1930, after a year of making short silent films. He did not use sound until The Legion of the Streets (1932). When World War II began, Ford escaped to the Soviet Union and worked closely with Jerzy Bossak to establish a film unit for the Soviet-sponsored People's Army of Poland in the USSR. The unit was called Czołówka Filmowa Ludowego Wojska Polskiego (or simply Czołówka; spearhead).

After the war, Ford was appointed head of the government-controlled Film Polski and held enormous sway over the country's entire film industry. In the process of accumulating power he denounced a fellow film director, Jerzy Gabryelski, to the NKVD secret police, contentiously accusing him of "reactionary" and "antisemitic" views, which resulted in Gabryelski's arrest and torture. Ford and a group of colleagues from the Polish Communist Party rebuilt most of the country's film production infrastructure. Roman Polanski wrote in his biography about them: "They included some extremely competent people, notably Aleksander Ford, a veteran party member, who was then an orthodox Stalinist. […] The real power broker during the immediate postwar period was Ford himself, who established a small film empire of his own." For the next twenty years, Ford served as professor at the state-run National Film School in Łódź. He is perhaps best remembered for directing the first postwar documentary Majdanek - cmentarzysko Europy (Majdanek – the Cemetery of Europe) and the feature film Knights of the Teutonic Order (1960), based on a novel of the same name by Polish author Henryk Sienkiewicz.

Ford, a self-identified Communist, used his films to "express social messages on the screen," as in his documentaries: the award-winning Legion ulicy, (The Street Legion, 1932), Children Must Laugh (1936) and the postwar Eighth Day of the Week (1958) rejected by the communist party censors during the Polish October. Ford continued making films in Poland until the 1968 Polish political crisis. Accused of antisocialist activity and expelled from the Communist Party, Ford emigrated to Israel where he lived for the next two years. He later moved to Denmark and eventually settled in the United States. Ford made two more feature films, both of which were commercial and critical failures. In 1973, he made a film adaptation of Aleksandr Solzhenitsyn's novel The First Circle, a Danish-Swedish production that recounted the horrors of the Soviet gulag. In 1975 he made The Martyr (de), an English language, Israeli-German co-production based on the heroic story of Dr. Janusz Korczak. Blacklisted by the Polish communist government as a political defector, Ford became a non-person in contemporary discussions and analysis of Polish filmmaking. Isolated, he committed suicide in a Florida hotel on 4 April 1980.