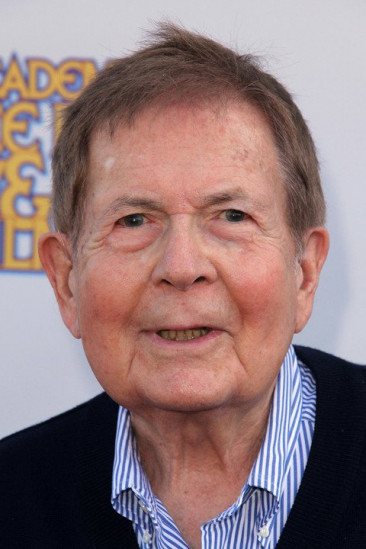 Bert I. Gordon (born Bert Ira Gordon, September 24, 1922 in Kenosha, WI) is an American film director most famous for such science fiction and horror B-movies as The Amazing Colossal Man and Village of the Giants.

Most of Gordon's work is in the idiom of giant monster films, for which he used rear-projection to create the special effects. His nickname "Mister B.I.G." is a reference both to his initials and to his preferred technique for making super-sized creatures.

Gordon began his career directing television commercials before moving to film in 1954 to produce Serpent Island. In 1957 he began his prolific association with American International Pictures.

In 1960, he wrote, produced and directed The Boy and the Pirates, starring active and popular child star of the time Charles Herbert and Gordon's own daughter, Susan. The three of them recently appeared together in the celebrity lineup at the 2006 Monster Bash, held June 23-25 at the Pittsburgh (PA) Airport Four Points. Walt Disney Company's theatrical release of Johnny Depp's Pirates of the Caribbean: Dead Man's Chest, on July 7, 2006, spiked interest in previous "pirate" films. To that end Sony Pictures Home Entertainment, released a Midnite Movies double DVD set with the rarely seen The Boy and the Pirates, and the more recent Crystalstone (1988), on June 27, 2006.

His 1977 Empire of the Ants featured a pre-Dynasty Joan Collins, who later said of the film that it was her worst acting experience, but by then the loosely-based modernized H. G. Wells tale had been elevated to cult film status.

None of his films has received significant critical attention, but his work has attained popularity in some circles. The cult TV show Mystery Science Theater 3000 (MST3K) has featured several of his movies, listed below.

Gordon holds a degree from the University of Wisconsin–Madison.

Bert I. Gordon has appeared recently annually in the celebrity lineup at the Monster Bash, held each June, at the Pittsburgh, PA Airport Four Points.

Description above from the Wikipedia article Bert I. Gordon, licensed under CC-BY-SA, full list of contributors on Wikipedia.