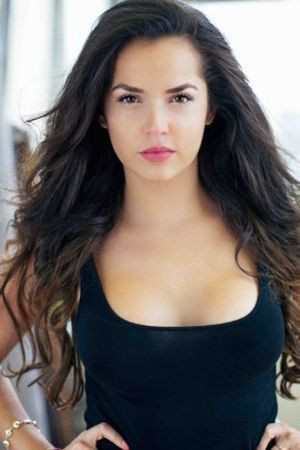 Tamara Maria Duarte is a Toronto and L.A. based actress. She caught the acting bug at the tender age of five by watching, and later starring in, Folklore plays at the Vitoria Setubal Community Club of Toronto.

Tamara is perhaps best known for her recurring role as Charlie Lima in the hit television series Degrassi: The Next Generation (Nickelodeon). Currently she is working on several projects. She is the Lead on TVO and APTN's Hard Rock Medical, a recurring role on Stephen Spielberg's Haven Season 5, co-staring in Bottom of The World with Jena Malone and Doug Smith and starring in Dead on Campus. Tamara also made her first debut at TIFF in The F-Word staring Daniel Radcliff and directed by Michael Dowse. You can also find her on several television series including Warehouse 13 (Syfy), Wingin it (Disney), Being Erica (CBC), and Against The Wall (USA). While earning a degree in Business Marketing at Guelph Humber university, Tamara continued her career in acting simultaneously. She became Associate Producer of her first film, Verona, directed by Laurie Lynd. The short film ran the festival circuit in the US and won "Viewers Choice Award" at the Palm Springs International Film Festival. When Tamara isn't busy working in film or TV in all capacities, she spends her time practicing yoga. This past January, she travelled to Cambodia to work with underprivileged children through several different NGOs. She has just received her yoga certification specializing in kids, post-prenatal and natal, baby, partner, and community yoga. - IMDb Mini Biography