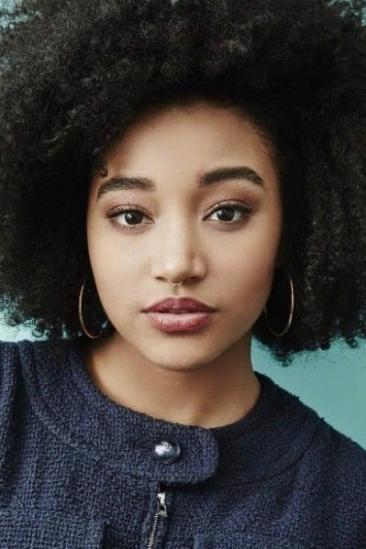 Amandla Stenberg (born October 23, 1998) is an American teen actor. They are best known for their portrayal of young Cataleya in Colombiana and Rue in The Hunger Games.

Amandla (which means "power" in Zulu) Stenberg was born in Los Angeles, California, on October 23, 1998. Their mother, Karen Brailsford, is African-American, and their father, Tom Stenberg, is Danish (he was born in Copenhagen). Their paternal grandmother was from Greenland and had Inuit ancestry. At the age of four, Stenberg started doing catalog modeling shoots for Disney. They have appeared in commercials for McDonald's, Kmart, and more.

In 2011, they appeared in their first feature film, Colombiana, as a younger version of Zoe Saldana's character. Stenberg's career breakthrough came when they were cast as Rue in the 2012 film, The Hunger Games, based on Suzanne Collins's young adult book. The Hunger Games was directed by Gary Ross and also stars Jennifer Lawrence, Josh Hutcherson, Alexander Ludwig and Liam Hemsworth. In February 2012, it was announced that Stenberg would appear in Rio 2 as Bia, one of Blu and Jewel's daughters. In 2016, Amandla stated they prefer they/them pronouns in a Tumblr post.