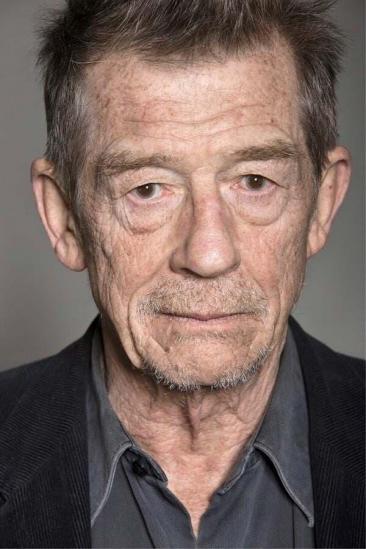 John Vincent Hurt, CBE (22 January 1940 - 25 January 2017) was an English actor, known for his leading roles as John Merrick in The Elephant Man, Winston Smith in Nineteen Eighty-Four, Mr. Braddock in The Hit, Stephen Ward in Scandal and Quentin Crisp in The Naked Civil Servant, Caligula in the television series, I, Claudius (TV series), and An Englishman in New York. Recognizable for his distinctive rich voice, he has also enjoyed a successful voice acting career, starring in films such as Watership Down, The Lord of the Rings and Dogville, as well as BBC television series Merlin. Hurt initially came to prominence for his role as Richard Rich in the 1966 film A Man for All Seasons, and has since appeared in such popular motion pictures as: Alien, Midnight Express, Rob Roy, V for Vendetta, Indiana Jones and the Kingdom of the Crystal Skull, the Harry Potter film series and the Hellboy film series. Hurt is one of England's best-known, most prolific and sought-after actors, and has had a versatile film career spanning six decades. He is also known for his many Shakespearean roles. Hurt has received multiple awards and honours throughout his career including three BAFTA Awards and a Golden Globe Award, with six and two nominations respectively, as well as two Academy Award nominations. His character's final scene in Alien is consistently named as one of the most memorable in cinematic history.