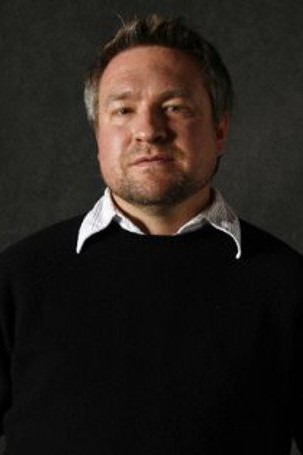 Tommy O'Haver (born 1968) is an American film director and screenwriter. He grew up in Carmel, Indiana, a suburb of Indianapolis. He graduated from Indiana University with a degree in Journalism and Comparative Literature. During the mid-nineties, he attended the MFA Film program at the University of Southern California School of Cinematic Arts.[1] While there, he directed shorts that appeared at major festivals, including Sundance and The New York Film Festival.

Billy's Hollywood Screen Kiss, featuring Sean Hayes, was O'Haver's directorial debut. The film focuses on a man, played by Hayes, who fixates on another man whose sexuality he doesn't know, played by Brad Rowe. Billy's Hollywood Screen Kiss played in competition at the 1998 Sundance Film Festival. It is credited with helping Hayes win a role on the long running TV series Will and Grace. Get Over It starred Kirsten Dunst, Ben Foster, Mila Kunis and Zoe Saldana in a teen comedy about a school theater production. O'Haver's third film Ella Enchanted, features Anne Hathaway, in a modern take on the princess fairy tale. Catherine Keener, Ellen Page and James Franco star in An American Crime which premiered at Sundance in 2007. The film is based on a true story about an Indiana woman who in 1965 was charged with the murder of her neighbor's daughter. The initial reaction at Sundance was mixed, but the film went on to garner critical praise. Keener received an Emmy and Golden Globe nomination for her performance. O'Haver and his writing partner, Irene Turner, were nominated for a Writer's Guild Award for the film as well.

He is currently in pre-production on Golden Gate, a thriller for Summit Entertainment, produced by Neil Meron, Craig Zadan and Alison Rosensweig.

Description above from the Wikipedia article Tommy O'Haver, licensed under CC-BY-SA, full list of contributors on Wikipedia.
​