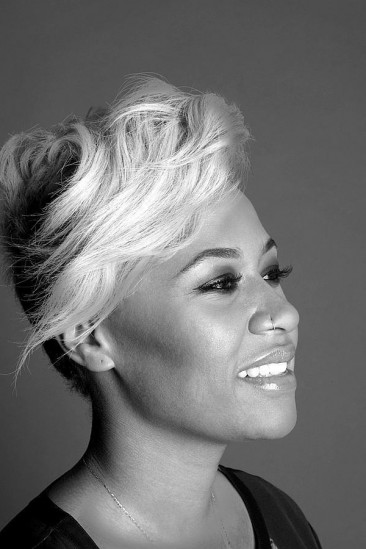 For a relative newcomer, Sandé has already had an incredible career. As a published writer she’s written hit singles for Chipmunk (Diamond Rings) and Wiley (Never Be Your Woman) and album tracks for Cheryl Cole and Tinie Tempah. Since signing a record deal with Virgin Records in 2011, Emeli has had a No. 2 debut single with Heaven, a No.1 single with Professor Green (Read All About It), won Best Newcomer at the Scottish Style Awards, received an Alumni of the Year from Glasgow University, been nominated for a MOBO and nominated for the New to Q Magazine award.

After selling out her own UK tour, she was recently announced as the main support on the Coldplay European tour. In November, Emeli travelled to New York to record with Alicia Keys and they appear together on the cover of Dazed and Confused this month. Emeli has also been booked on all the big TV shows including Later With Jools Holland and X Factor. It seems pop stars, award ceremonies and the music industry are utterly in love with Sandé’s outstanding song writing, breath-taking vocals and credible compositions with commercial crossover. With influences far removed from your average pop star, Sandé cites inspiration from painter Frida Kahlo, cellist Jaqueline Du Pre, the high priestess of soul, Nina Simone, novelist Sylvia Plath, indie odd kid Björk and piano protégé Alicia Keys. But don’t worry she’s far from pretentious; intelligent and cultured – yes, “I like the idea of being left without going too far left; for me it’s about saying something truthful but something that everyone can feel.” Like the deferred medical student from Alford, Aberdeen, Our Version Of Events is warm, wise, frank, funny, thoughtful and as inimitable as her vertical shock of blond hair and the Frida Kahlo tattoo that takes up most of her right arm. Reflecting the fears, thoughts, heartbreak and hopes of a young women, the record effortlessly appeals to anyone with a love of imagery, imagination and, ultimately, bloody great songs. Stuffed full of stirring strings, epic choruses and heart-stopping vocals, there are songs to sing in the shower, tracks to fall in love to as well as compositions to accompany you when heartbroken. The album is written entirely by Emeli and produced by her creative partner Shahid ‘Naughty Boy’ Khan with contributions from Craze and Hoax, Mojam and Paul Herman.