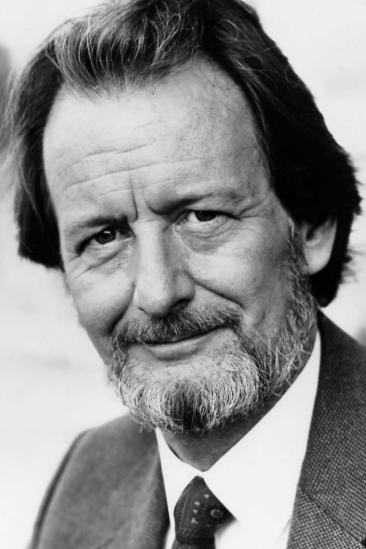 Pickup was born in Chester, England, the son of Daisy (née Williams) and Eric Pickup, who was a lecturer.[1] Pickup was educated at The King's School, Chester, trained at the Royal Academy of Dramatic Art (RADA) in London, and became an Associate Member of RADA.

His television work began with an episode during the second series of Doctor Who in 1964, for which he was paid £30. Pickup worked with Laurence Olivier at the Royal National Theatre, most notably in Three Sisters and Long Day's Journey Into Night. In 1973, he starred in the BBC drama series The Dragon's Opponent, playing a World War II bomb disposal expert and also appeared in The Day of the Jackal. He played Lt. Harford in Zulu Dawn in 1979, portrayed Igor Stravinsky in Nijinsky in 1980, Prince John in Ivanhoe in 1982, and in 1983 he appeared opposite Penelope Keith in Moving, in 1988 in the BBC miniseries The Lion, the Witch and the Wardrobe (1988 TV Serial) as the voice of Aslan, and in 1990 he starred in the short lived sit-com, Not with a Bang. More modern roles have included parts in Hornblower, Hustle, Foyle's War, Midsomer Murders, Waking the Dead, The Bill, Silent Witness, Sherlock Holmes, and Inspector Morse. He is also a regular character in the BBC sitcom The Worst Week of My Life. His most recent appearance was in Holby City as Lord Charles Byrne.

Pickup gave a highly acclaimed performance as a decayed Russian aristocrat in the BBC series Fortunes of War, based on a work by Olivia Manning. He also provided the voice for Aslan in the BBC's adaptation of the Chronicles of Narnia and starred opposite Judi Dench in the 1989 Channel 4 serial Behaving Badly.

He is also an accomplished stage actor. He was nominated for a 1998 Laurence Olivier Theatre Award for Best Performance in a Supporting Role of 1997 for his performance in Amy's View.

Pickup had the starring role as composer Giuseppe Verdi in the acclaimed The Life of Verdi, written and directed by Renato Castellani. In 2005, he had a supporting role in the family-based film, The Adventures of Greyfriars Bobby.

Between March and August 2009, he starred as Lucky in Sean Mathias' production of Waiting for Godot by Samuel Beckett opposite Sir Ian McKellen (Estragon), Patrick Stewart (Vladimir) and also Simon Callow (Pozzo). The tour opened in Malvern before travelling to Milton Keynes, Brighton, Bath, Norwich, Edinburgh and Newcastle; its run at the Theatre Royal, Haymarket was extended due to demand.

In February 2010 he also appeared as 'Pegleg' in the BBC's period drama Lark Rise to Candleford.