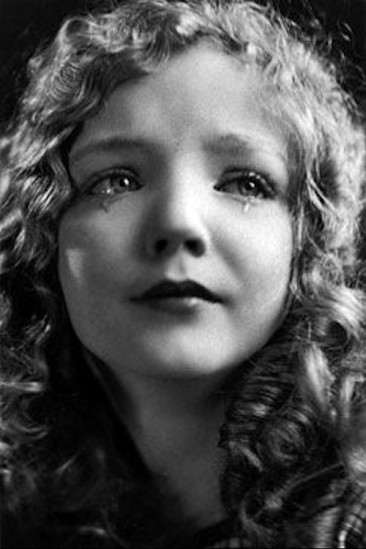 Virginia Davis was born on December 31, 1918, in Kansas City, Missouri. Her father was a traveling furniture salesman and spent much time away from home. With her husband gone for weeks at a time, Margaret Davis, a housewife, focused all her attention on her daughter; she began taking Virginia to dancing lessons and modeling auditions when she was 2. A striking child with long curls, Virginia was soon appearing in advertisements that played between films in local theaters. She also entered Georgie Brown's Dramatic School in Kansas City, where she studied drama and dance. In the summer of 1923, 22-year-old Walt Disney, a struggling but ambitious director, saw Virginia in an advertisement in a Kansas City theater and immediately decided to hire her. He quickly contacted Margaret Davis, who was eager to advance her Virginia's career. Alice's Wonderland (1923), the first short film of the Alice series, was filmed at the Davis home in Kansas City; both Margaret Davis and Walt Disney made brief appearances (which marked Disney's first live appearance in one of his own cartoons). After filming, Disney returned to Hollywood and began to build his movie empire with only forty dollars and one short film starring little Virginia Davis. The Davis family soon followed Disney to Hollywood, although their daughter's career was not the only reason for the move; Virginia had suffered a pneumonia and other health problems, and her doctor told her parents that she would be healthier in a drier, warmer climate. Virginia signed her first contract with Disney for a salary of $100 a month, and she began filming the Alice shorts in Walt Disney's first studio, his uncle's garage. His brother Roy O. Disney was the cameraman, and the Disney family dog Peggy appeared in many of the films. The Alice shorts became very popular, providing Disney with his first national success. But as the series progressed, Disney became more interested in the animation aspect, which minimized Virginia's live-action role; she only made about thirteen of the Alice shorts before her contract was severed. She later auditioned for the role of voice of Snow White in Disney's film Snow White and the Seven Dwarfs (1937), but she didn't get the role because her mother refused to accept the frugal salary. Virginia had some small roles in full-length films, including The Harvey Girls (1946), before she left acting to earn a degree from the New York School of Interior Design. She later became an editor for the 1950s magazine "Living for Young Homemakers," and in the 1960s, she began working for real estate agents in Connecticut and later California. In 1992, interest was renewed in the Alice series. Living in retirement in Montana, Virginia was suddenly overwhelmed by the number of fans seeking to honor her and the remarkable role she played in the birth of Walt Disney Studios. She was the guest of honor at the Pordonone Silent Film Festival in Italy in 1992, and she was inducted as a Disney Legend in 1998. Virginia also became very active in silent film festivals and events at Disneyland and Walt Disney World.