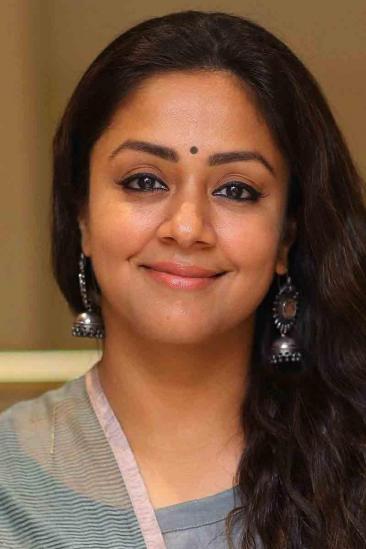 Jyothika Saravanan born as Jyothika Sadanah is an Indian actress who predominantly appears in Tamil films. She also acted in some Kannada, Malayalam, Telugu and Hindi films.

She debuted in Bollywood in the Hindi film Doli Saja Ke Rakhna, directed by Priyadarshan. She starred in her first Tamil film Vaali and her first Telugu film Tagore, opposite Chiranjeevi.

Jyothika received critical praise for playing a blind woman in Perazhagan, Alter-egos Chandramukhi and Ganga in Chandramukhi, A mute and deaf girl in Mozhi and a middle aged woman in 36 Vayadhinile. However, the turning point of her career came with the success of Vaali (1999) and Kushi (2000). At the peak of her career, she agreed to play the role of an antagonist in Pachaikili Muthucharam (2007).

Jyothika left the industry at the peak of her career marrying actor Suriya on 11 September 2006, after being engaged in a relationship for several years, and with whom she was paired in seven films. She won three Filmfare Awards, three Tamil Nadu State Film Awards, Dinakaran Awards, International Tamil Film Awards and other awards and nominations. She is also a recipient of the Kalaimamani Award.