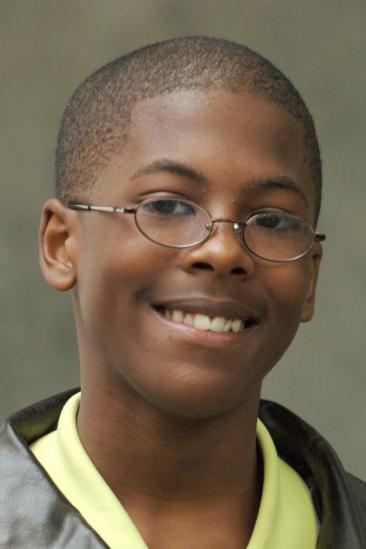 Jeremy Steven Suarez (born July 6, 1990) is an American actor perhaps best known for his starring role of Jordan Thomkins, Bernie Mac's nephew, on The Bernie Mac Show. His first major movie role was in the 1996 film, Jerry Maguire, in which he played Tyson Tidwell, son of Cuba Gooding Jr.'s character Rod Tidwell. He had an uncredited role on Sister, Sister in 1996, on Season 4 episode, "Kid-Napped". He voiced Koda in Disney's 2003 movie Brother Bear and reprised the role in Brother Bear 2. He was amongst the thousands of mourners at the funeral of Bernie Mac and gave a heartfelt speech during the eulogy, appearing on Larry King Live in 2008 with his fellow cast to discuss the death of the man. Suarez is also a voice actor and has played roles in many television shows, such as The Wayans Bros., Chicago Hope and King of the Hill and has recently voiced a puppet on Nike commercials during the 2009 NBA Playoffs.

Description above from the Wikipedia article  Jeremy Suarez, licensed under CC-BY-SA, full list of contributors on Wikipedia.