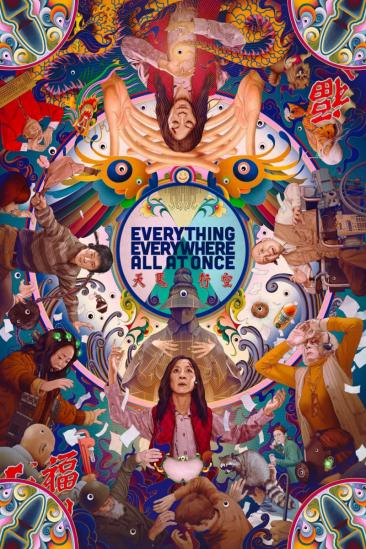 Everything Everywhere All at Once (2022)

When an interdimensional rupture unravels reality, an unlikely hero must channel her newfound powers to fight bewildering dangers from the multiverse, as the fate of everything hangs in the balance.